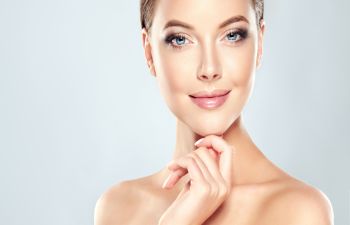 Thread lifts are a minimally invasive alternative for facelifts for patients not prepared to undergo aggressive treatment options to rejuvenate their skin. The effects of a thread lift are temporary and not dramatic as facelifts. However, patients can witness an improvement in the appearance of fine lines and wrinkles gradually because thread lifts stimulate the production of collagen.

What Are PDO Thread Lifts?

PDO thread lifts are a revolutionary treatment in the world of aesthetics, also called absorbable suture suspension. PDO threads have safely helped medical professionals for decades to treat gynecological disorders for suturing incisions after medical processes. However, when utilized as an aesthetic treatment, there are some things you should know.

If you notice early signs of aging on your face and neck with indications of fine lines, wrinkles and sagging skin, it indicates you need a PDO thread lift, an effective treatment to combat the signs of early aging.

PDO thread lifts from Medspa in Atlanta require merely 15 to 30 minutes, giving you the freedom to return to work or any other activity you had scheduled for the day. PDO thread lifts are similar to TruSculpt treatment in Atlanta, another minimally invasive body sculpting treatment allowing you to personalize your ideal body in as little as one fifteen-minute session. TruSculpt therapies will enable you to permanently eliminate fat cells from stubborn areas around the abdomen and flanks from areas resistant to diet and exercise.

What to Expect before PDO Thread Lift Treatment?

What to Expect during PDO Thread Lifts?

After your skin is numb from anesthesia, the practitioner begins the treatment. Blunt tip needles called cannulas or sharp-tipped needles help the practitioner insert the PDO threads into the skin. After the threads are inserted at the appropriate layer of the skin, they act as anchors to lift the skin upwards. Any excess lines are cut-off.

What Areas of the Face Are Best Treated by PDO Threads?

Thread lifts can treat any part of your face exhibiting the signs of aging. The most commonly treated areas are around your cheeks, jaw, neck, and eyes. However, as the results of thread lifts aren’t as dramatic as facelifts surgeries, thread lifts are commonly used with other anti-ageing therapies like ultra therapy and dermal fillers. PDO thread lifts function like a skin tightening treatment to enhance your appearance by removing the natural signs of aging that inevitably affect everyone.

Dos and Don’ts after a Thread Lift

Although you can return to your regular activities almost immediately after a thread lift, you may experience some swelling or bruising during the initial 24 to 48 hours. Therefore you must avoid rubbing your face for about a week after the procedure to prevent accidentally dislodging the thread.

The practitioners advise you to avoid pursing your lips, smoking and using a straw for drinking liquids for several weeks after the treatment. Besides intense exercise or visiting saunas, you must also avoid sleeping on the sides for about a couple of weeks.

You will help yourself by sleeping with your head propped on pillows to accidentally avoid rolling on your face during the middle of the night.

PDO thread lifts are procedures using dissolvable sutures to lift sagging skin and rejuvenate it. It is an affordable and faster alternative to facelift surgery. However, the results aren’t dramatic or last as long as facelifts. In addition, recovery from PDO thread lifts is minimal, allowing you to return to work immediately after the procedure.

If you are concerned about changes in your appearance because of aging but cannot afford expensive facelift procedures, Medspa in Atlanta offers you an affordable but excellent alternative to rejuvenate your skin using PDO thread lifts.

Friday - By Appointment Only